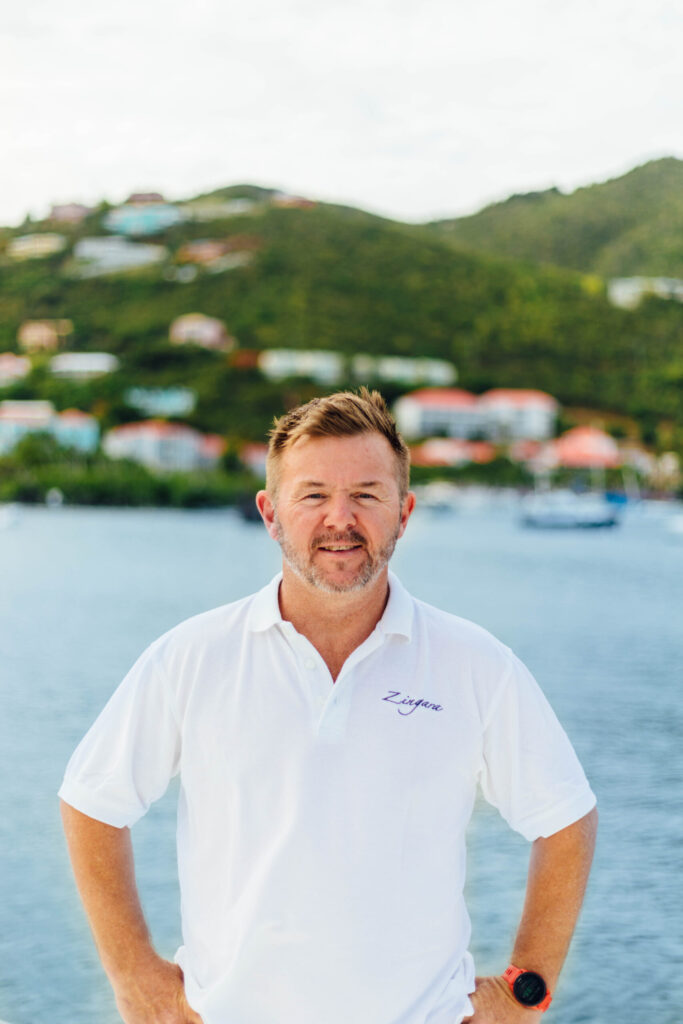 Having been born in Cape Town, Mark moved to New Zealand in the early 90’s where he has been heavily involved in the local yachting community on various racing yachts. Thus, giving him the opportunity to learn all the fundamentals of driving high performance boats.

Feeling the need for a change in direction, Mark sailed from Cape Town to the British Virgin Islands 3 years ago. Soon he fell in love with the charter industry where he has been able to transfer that love of boats and ocean into an exciting career and adventure.

In his downtime you may still find him on the water fishing or diving, but if not he’s bound to be in the snow or behind a good book.

You can expect the very best experience with Mark on Zingara for a safe and exciting once in a lifetime trip. 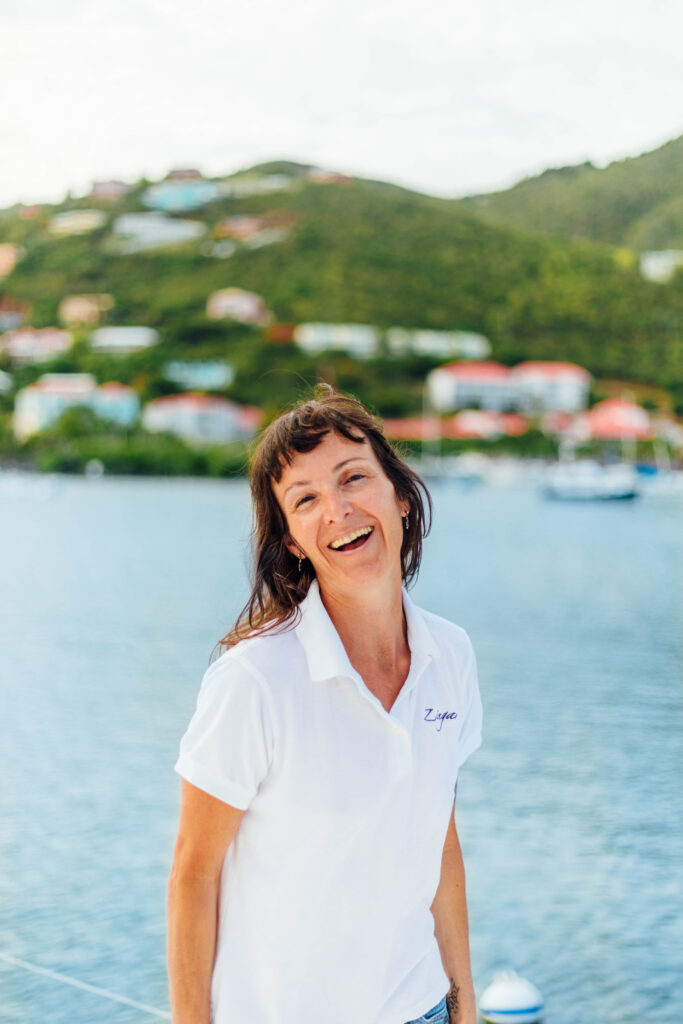 Stephanie was born in the south of France and always loved the sea from a young age, she taught herself how to swim at the age of five.

Her free spirit, took her on a never ending journey around the world tour as soon as she finished school and culinary studies, and she used her skills to work at the same time. Hence, her cuisine is influenced by many flavors of the world. She studied culinary arts in France, and really started to love it and dived into it with the New World cuisine, such as Australia and new Zealand. She has discovered new technics, and was excited about the variety of products on offer in those different parts of the world.

Once confident enough with her skills, she decided to go and try herself at sea, and very naturally ended up working on yachts.

A few years ago she took a break and bought a house in Greece and adopted two cats. She really missed Caribbean and when the opportunity presented itself on Zingara, she couldn’t wait to get back on the ocean. During her free time, she likes to do yoga, long walks in nature, and is enjoying the challenge of learning to free-dive. She also enjoys a good dinner with wine and company, and exploring local flavors wherever that may be.

She is happy to cater to your needs and different diets, using all the local and seasonal products that the BVI has to offer.

Originating from the south coast of England, James has never been too far from the ocean. After being taught how to scuba dive by his father and gaining an overwhelming urge to see the world, James travelled to Thailand to become a scuba instructor where he would spend the next 5 years mastering his craft.

To gain a better understanding of the diving industry, he then moved to places such as the Cayman Islands, Barbados, Bahamas, and Mexico where he would gain much experience and simultaneously, realize a love for the Caribbean as well as, discovering a real sense of adventure that would be working on boats. James has set a goal of becoming a captain and one day owning his own boat. 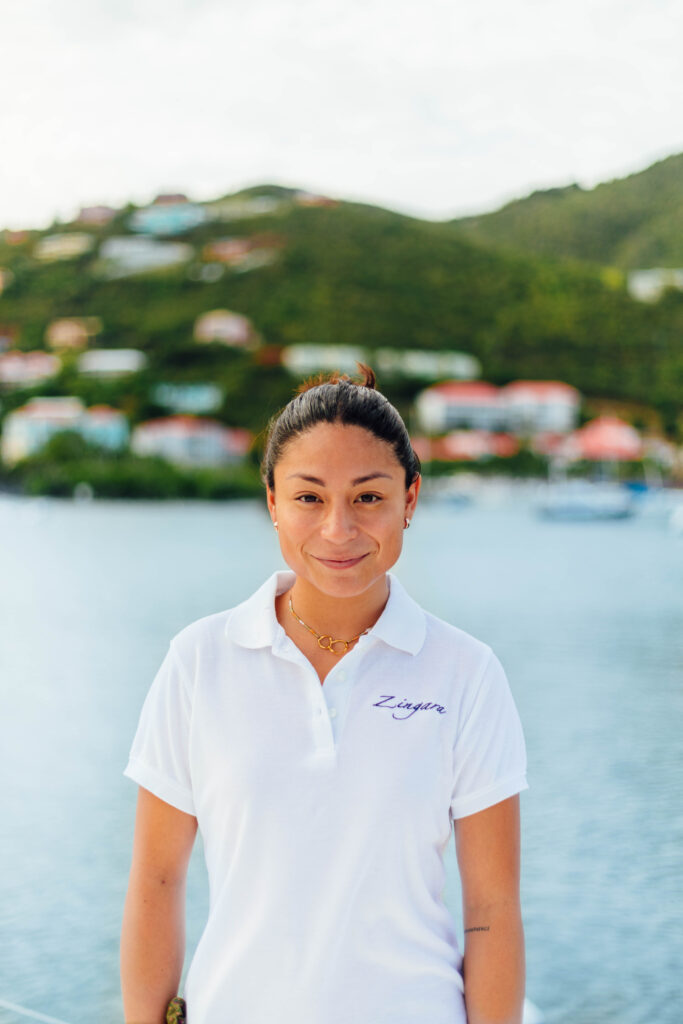 Erin was born in Mexico City and moved to Europe when she was 13. She obtained a degree in Hospitality and Business Management in Valencia, Spain. After spending a few years working in the hospitality industry, she embarked on a journey to Japan to spend a year in a silent Buddhist monastery where she learned to connect with nature which in turn, helped her decide on her next venture: moving to Thailand and starting a career in the scuba diving industry. Once she became an instructor she worked in different countries sharing her love for the ocean. She is now combining her two passions while working in the yacht industry and being a part of Zingara’s crew.